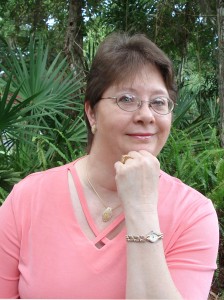 Dellani was making up stories before she could read. Her first really cohesive work began when her older sister started school. Left to entertain herself, she invented an imaginary friend and would regale her mother with tales of Snowy Green and Rainbow School. These stories paved the way for songs and poems in elementary school and short stories in high school and college.

A college theatre major, Dellani took play writing. It became her new love. Scripts being dialog heavy and character driven, this aspect has followed her into her novel writing. She uses verbal exchanges & sparring as a way of revealing both plot and characterization.

Dellani had to set aside her love of writing when she began working as a teacher. Her creative energies were channeled into writing exams to make her students cry—although this wasn’t usually intentional. Unfortunately, between that and motherhood, she didn’t have time to write.

Once her youngest son started school in 2001, she was able to write full time. Her first novel, “Indian Summer”, was published in 2008. Her second novel, “Lone Wolf” made its debut in September 2011. “Lone Wolf” is the first in her science-fiction series. Also available are “Shakazhan” and “The Maker”, books 2 and 3. Look for her romantic suspense novels: “Conduct Unbecoming”, “The Ninja Tattoo”, Under the Western Sky”, “Undiscovered” and “One Night in Daytona Beach.”

Dellani has entered the L. Ron Hubbard Writers of the Future Contest and has received four Honorable Mention Awards. Her short story, “Granny Strikes Again” was purchased by Dorchester Publications. A mini-story called “Reebdoog’s Tale” was selected for inclusion in the online video game, Istaria: Chronicles of the Gifted (formerly called Horizons), where it became a part of their fall festival.

In 2011, Dellani was a judge for ChickLit Writers Stiletto Romance Contest. This year, Dellani took part in Promo Day 2012 on May 19.

When asked recently how she thought of all those stories, she replied: “There are more ideas in my head than I can get written down in one lifetime. I’ll have to live forever.” 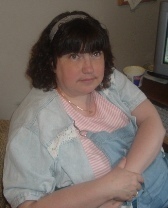 Karen Vaughan lives in Peterborough Ontario with her husband Jim and a four legged off spring named Sugar. She is the mom of a 22 year old daughter and four grown step children and a 2 year old grandson named Ike. DEAD COMIC STANDING is her second novel. Her first novel DEAD ON ARRIVAL garnered praise from friends, family and online gamers. She also enjoys doing crafts and other hobbies. Her latest book is called OVER HER DEAD BODY is the second book to DEAD ON ARRIVAL. DAYTONA DEAD is the third in that series which is soon to be released.
Learn more about Karen at her website: www.karenvaughanbooks.com
Her work can also be purchased on Amazon: http://www.amazon.com/-/e/B004PRN7ZO
She’s also on Goodreads: http://www.goodreads.com/author/show/1378692.Karen_Vaughan___
~~
Ruth D. Hays

There is not a lot that I have to say about myself, I’ve always felt more comfortable speaking of family or friends 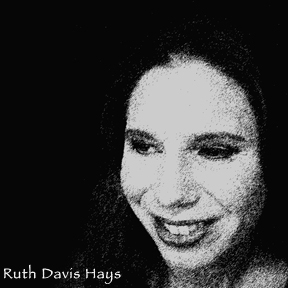 and lauding them and praising their achievements, so I never gave much thought about what to say on my own behalf.

What can I say? I’m a costumer. I’m a wife. I’m a mother. Does that about cover it? If you seek details, I was born in Jacksonville, Florida and grew up amid a large and loving family of parents, grandparents, aunts, uncles, cousins, and my wonderful sister. I met my husband on New Year’s Eve at the age of twenty-four, and we married on New Year’s Eve 1995.

As my desire to read about these characters and perhaps one day see them on a big screen kept nagging at me, I wrote more. I moved out of town, then my friend moved farther away, our brainstorm sessions ceased and it became a long distance email experience. That was how most parts of the stories became written; in order to share them with her I had to type them out. Well, then I had hundreds of disconnected scenes and chapters that were only connected in my head! So in order to stop having to preface each piece with a background for both her and my husband, who kept after me to finish the stories, I sat down and finally began to put them all in order. That was back in June of 2008. So, practically 20 years after it was conceived, Jorthus and its story arc became real and solid.

I enjoy visiting the other worlds, in my mind, whenever I have a spare moment and I hope that you will as well. 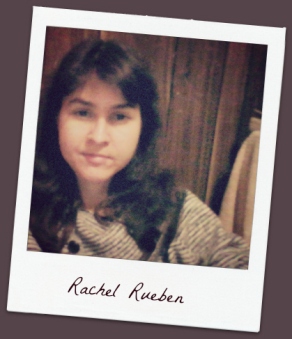 Rachel Rueben went to school to become an administrative assistant but instead, wound up an author.  In her defense, she tried freelance writing, virtual assisting, and blogging to pay the bills, but creating worlds was her one and only passion.

This past summer, Rachel entered the sacred order of authorhood with the release of her first novel “Hag” which made it to #10 on the Amazon’s Women’s and Girl’s Literature list.

To find out what Rachel is up to you can check out her new site at: http://www.rachelrueben.com

She continues to blog about her publishing journey at: http://www.writingbytheseatofmypants.com 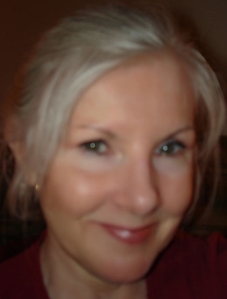 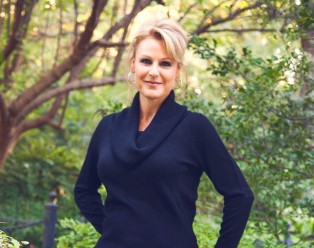 Born in England, moved to Texas and resides there still. Author of several children’s books including picture books, middle-grade chapter books, YA and a reader’s theater titled What If… A Story of Shattered Lives. Amanda conducts workshops, writes a blog, contributes to an online magazine and shares her writing process and what she has learned as a publisher with people of all ages. As Chief Executive Officer of Progressive Rising Phoenix Press, she assists authors with their work. A Gold recipient of the Mom’s Choice Awards she continues to write.

The Mom’s Choice Awards® (MCA) evaluates products and services created for parents and educators and is globally recognized for establishing the benchmark of excellence in family-friendly media, products and services. Using a rigorous evaluation process, entries are scored on a number of elements including production quality, design, educational value, entertainment value, originality, appeal and cost. Around the world, parents, educators, retailers and members of the media trust the MCA Honoring Excellence seal when selecting quality products and services for families and children.

Works in progress include the fourth installment of the Mischief series and two adult novels.

Podcasts by Our Authors 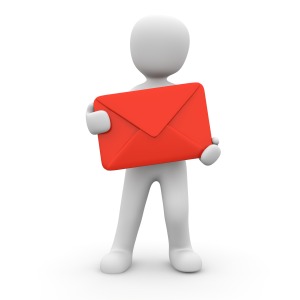 Writing By The Seat Of My Pants

Making People Fall in Love One Couple at a Time